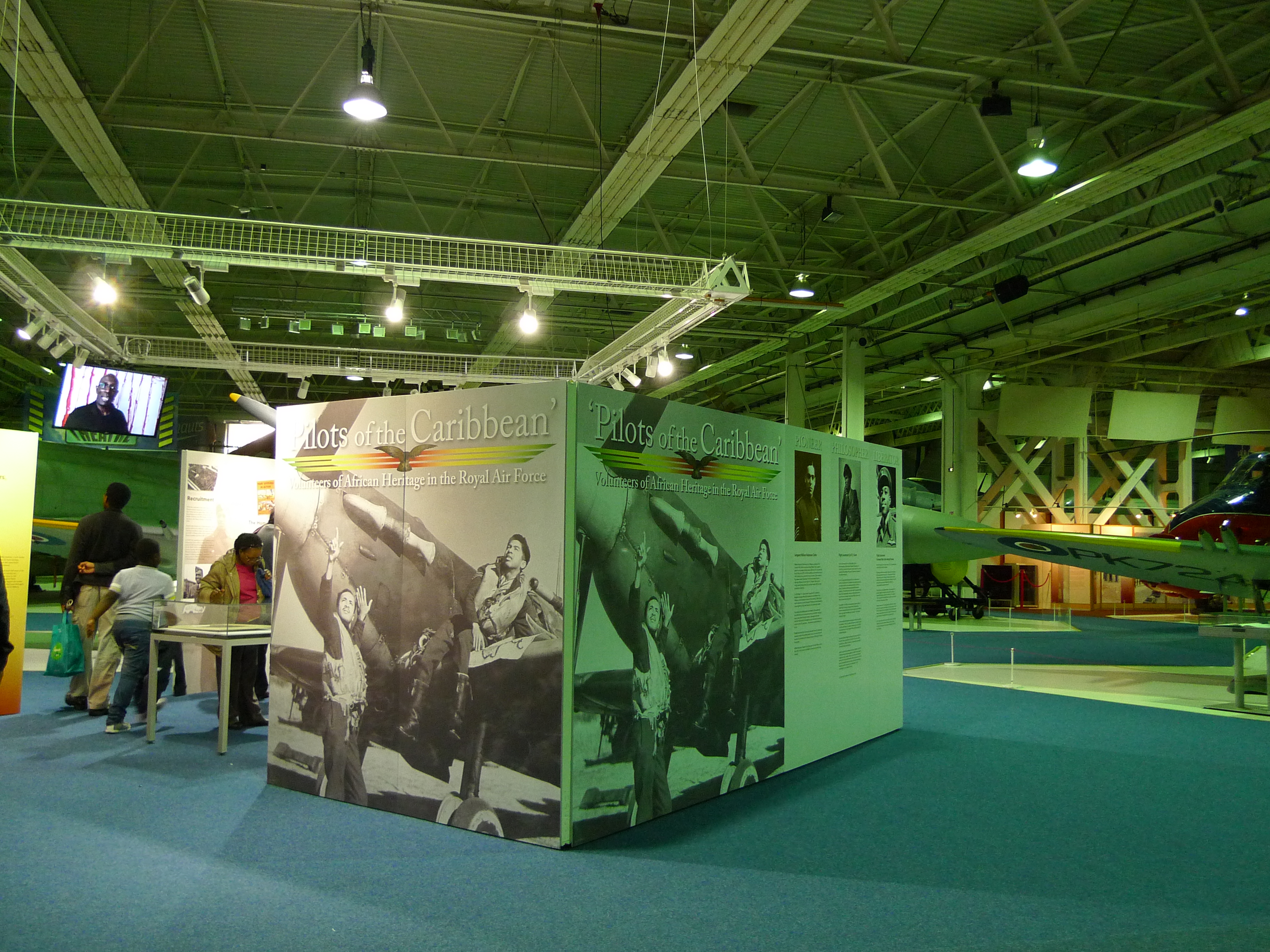 It’s a tiny concentration of history in a huge space crammed with a forest of aircraft. But it’s a start. The museum has been working with Black Cultural Archives and historians to commemorate the men and women who joined the RAF from the Caribbean. This exhibition closed on April 22nd, but will form the basis of a permanent display in due course.

In preparation for the exhibition the RAF Museum appealed to veterans to come forward and tell their stories. Although there are numerous books on the subject, many of them autobiographical, the museum has not shown much interest in recording or recognising this extraordinary history until now. This is even more shocking considering the fact that so many of the men and women involved went on to enjoy illustrious careers. One of the most famous figures, Ulric Cross, died in Port of Spain, Trinidad, on October 4th 2013, at the age of 96.

Cross was the highest ranking West Indian World War II veteran still alive and one of the few officers left of the legendary 139 Pathfinder Squadron of RAF Bomber Command. He later became Attorney General of Cameroon, and an esteemed judge in Ghana and Tanzania. After his return to Trinidad he served as a High Court Judge and from 1979 as a member of the Court of Appeal. In 1990 he became High Commissioner for Trinidad and Tobago to the UK and Ambassador to Germany and France.

Information is widely available online. Here is one useful website, and here is some background behind that. There are numerous books on this history both autobiographical and documentary (most produced by amateur historians) so there is really no excuse for the MoD/RAF Museum to have left it so late in compiling a more fitting display.

I took some pictures of the display to give an idea of how the information was presented. Apologies for the lack of photoshop editing but hopefully they are still readable. 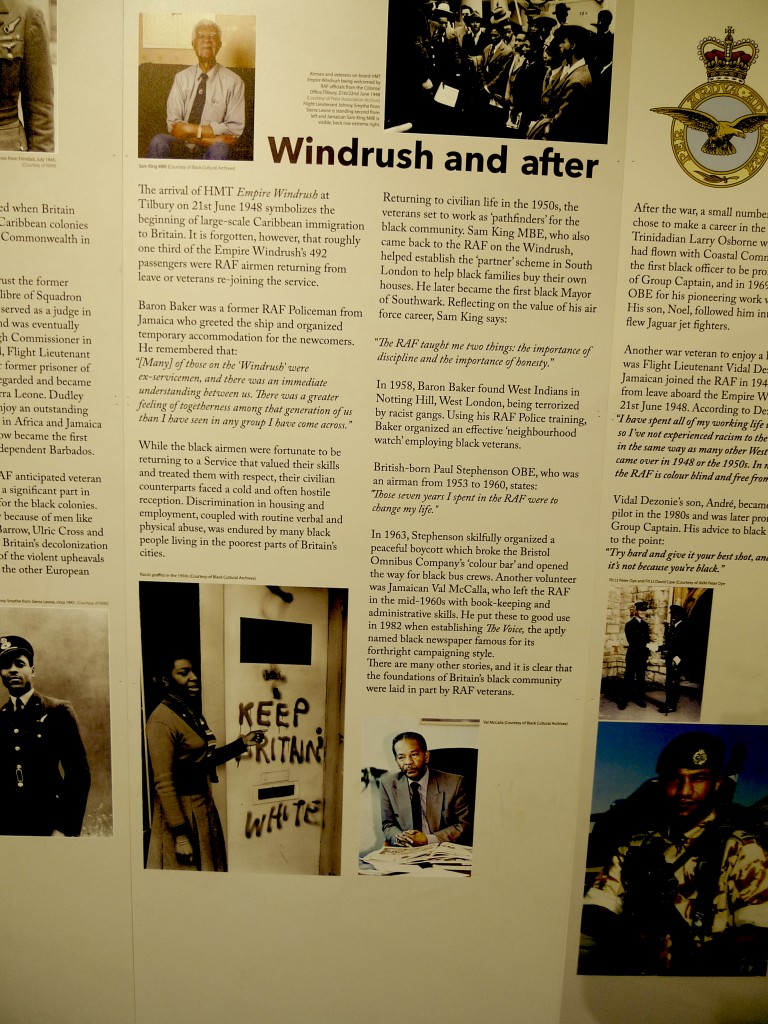 The panel on post-war migration showing that many of the Windrush passengers were in fact RAF veterans, serving members or recruits

In addition to the panels focusing on individuals, there were also sections that provided historical context as well, as the pictures above and below illustrate. 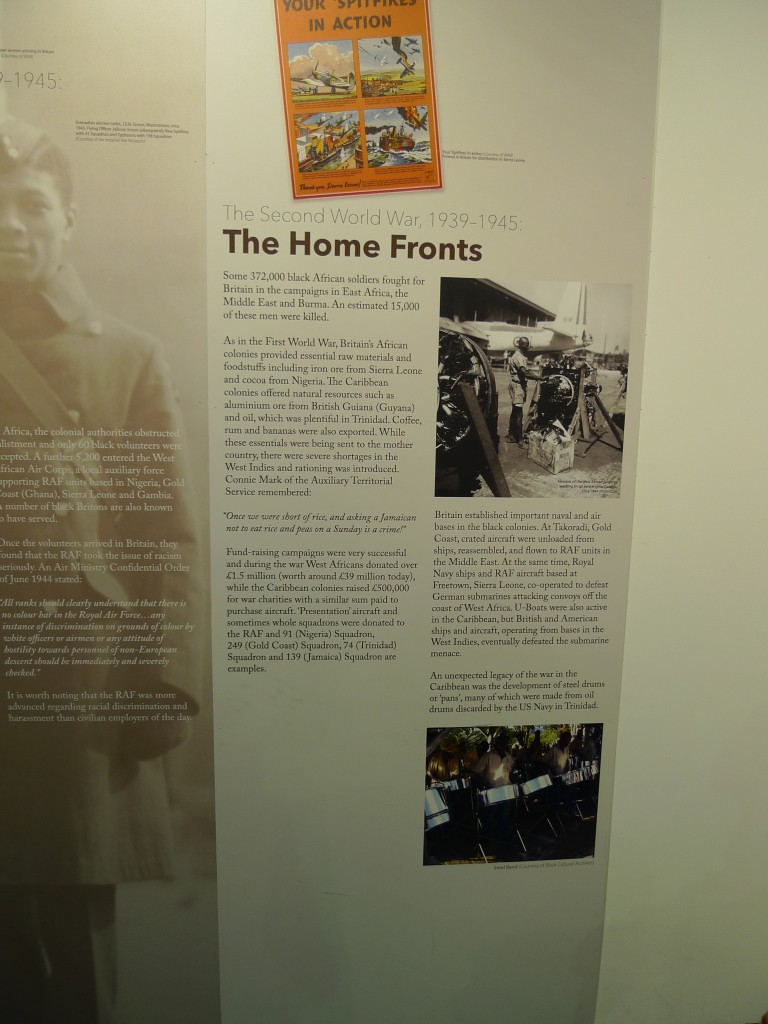 I happened to notice the museum’s existing section on ‘diversity’ as I passed by on my way out. This (below) is an example of the information provided in a different era.

One of the earlier panels on black history in the museum