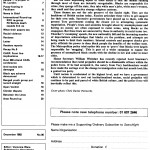 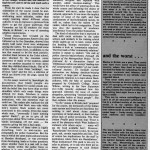 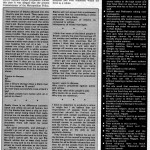 Considering the volume of words expended on Thatcher’s legacy following her death, it was shocking how few people addressed the question of racism in the period immediately following her election in 1979.
Daniel Trilling recalled the infamous ‘swamping speech’ from 1978 but there really hasn’t been much else. Reading some of the reflections on the 20th anniversary of Stephen Lawrence’s murder made me go back and root out this edition of Searchlight from 1982.
As the first paragraph in the article reveals, one response from the Met to the riots of 1981 was to insert a course on ‘multiculturalism’ in the curriculum for young police cadets.
John Fernandes, the instructor given this task, was so distressed by the cadets’ level of bigoted ignorance that he passed them on to us at Searchlight, as well as to Channel Four.
It might come as a shock to some people that the idea of institutional racism (or institutionalised racism as we used to call it) goes way back and was not invented by the Macpherson report in 1998.
I had actually forgotten this episode – and what it meant to publish this material – but went back to look at it when I was researching the army’s record of (not) dealing with racism throughout the 1990s.